Free Among Us Birthday Party Invitations

According to Google, the following is a description of the online game Among Us.

Live Among Us Game with Free Printables


I decided a live Among Us game for her and her friends to play. They each drew a card and the card showed rather they were a crewmate or an Imposter. This game was purely for fun and entertainment, I let them wing it when it came to how they played it.

Free Printables! You can print the cards to let your children create their own game with them. Here are the links to the front page and back page. You will print one side first, then put the paper back in and print the other page on the backside of it. I would recommend using white (or light-colored) card stock.

Among Us Party Prep

Luckily putting together an Among Us birthday party was pretty easy.  There are lots of options available on Amazon for Among Us Birthday Party Decorations.

Buy Supplies for Your Among Us Birthday Party

You can find some great decorations on Amazon!

Check out Etsy for some printables

Get these cool Cootie Catchers and use them as party favors. You can buy on Etsy and instantly download the pdf file to print to your computer!

Among Us Birthday Party Decorations

I made cupcakes and used cute Among Us cupcake toppers as decorations.  I also hung several Among Us banners.  We couldn’t forget about balloons for the party, so we also bought colorful Among Us balloons.

Among Us Birthday Party Invitations

Pin it for Later 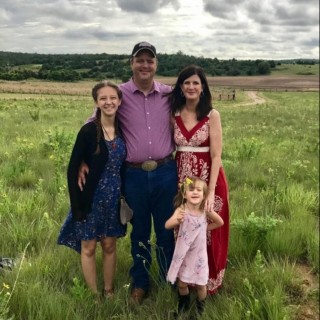 I love creating free printables for busy moms! Email me for any suggestions.